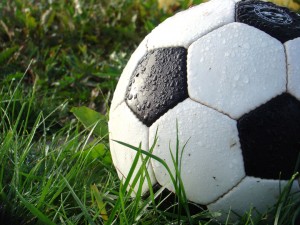 Soccer (AKA football) is the world’s sport for a reason.  It is fun to play, electrifying for fans to watch, and a recent study out of Denmark now indicates it is one of the best things you can do to treat hypertension.  The findings indicate that regularly playing soccer helps to improve fitness, normalize blood pressure and reduce the risk of stroke.

The study, conducted by three universities in Denmark, followed 33 men between the ages of 33 and 54 with mild to moderate hypertension.  The 33 men were divided into two groups.  One group participated in two one-hour soccer training sessions per week.  The other group simply received typical general practice care for hypertension, including advice on healthy diet and the importance of physical activity.  The study then monitored the effects on maximal oxygen uptake, blood pressure, exercise capacity and body fat of all participants after three months, and then again after six months.

For the soccer group, maximal exercise capacity and maximal oxygen uptake were increased by 10%, body fat mass decreased by an average of two kilos and resting heart rate decreased by 8 bpm.  There were no significant changes in these indicators with the non-soccer playing group.  The soccer group also saw an average drop in blood pressure of 10 mmHg, while the non-soccer group only saw a drop of 5 mmHg. After the six months had passed, 75% of the soccer participants were actually able to return their blood pressure to a very healthy range.

So if you have been diagnosed with or are at risk of hypertension, perhaps it is time to hit the pitch and kick the ball around.  You’ll be doing your heart a favor, and will have way more fun than you might think.