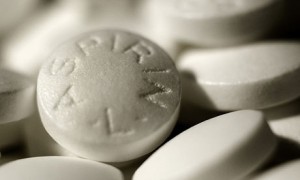 The study followed 681 women with a mean age of 75 in 2000.  A total of 95% of those women were at a high risk of cardiovascular disease, and only 19% were previously taking a low-dose aspirin.

The exact reason that aspirin has this effect on the brain is still uncertain, though they believe it to be linked to either increased blood flow to the brain, or an increased production of neuroprotective molecules known as docasanoids.

The researchers still have some fine-tuning to do with the study, but initial results are very encouraging for reducing one’s risk of the always-feared mental decline associated with age.  We look forward to seeing future results from the study, and encourage anyone that feels they are at risk of cardiovascular disease to consult their doctors before beginning a low-dose aspirin regimen. 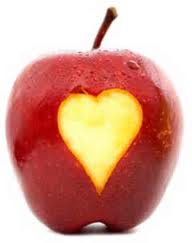 We’ve all heard the old saying before.  But a recent study out of Columbus, Ohio has found that eating at least one apple per day is better for your heart health than originally thought.  It has found that consuming apples regularly has a marked effect on reducing the amount of a substance linked to the hardening of arteries known as oxidized Low-Density Lipoprotein, or LDL.  LDL is widely known as the “bad cholesterol” that is linked to heart disease, and when it becomes oxidized, it is more likely to promote inflammation and cause tissue damage.

The study followed healthy adults between the ages of 40 and 60 who didn’t have a history of eating apples regularly and didn’t take any supplements containing plant-based concentrates.  Of the subjects, 17 took capsules containing 194 milligrams of polyphenols (the amount found in an average apple) per day, 16 ate one of either a large Red or Golden Delicious apple per day, and 18 were given one placebo per day for four weeks.

The results surprised even the researchers.  While the supplements did show a noticeable decrease in oxidized LDL percentages in the blood stream, the consumption of simple apples still had a greater effect, reducing overall oxidized LDL by an average of 40%.  Results also pointed to a marked effect on certain enzymes in saliva, pointing to a possible benefit to dental health as well.

These sort of results are typically unheard of in medical science, especially when it comes to consuming natural foods like apples.  It is certainly a great advancement in the science of heart health, and lends even further credence to that good old saying.  So stock up on apples now, before the pharmacies get wind! 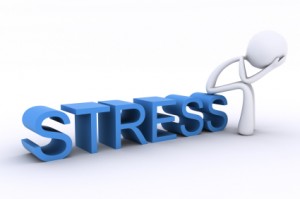 Nobody likes to be stressed out at work.  It can be simply exhausting.   And as if that wasn’t enough, a new report indicates that it can actually have a physical impact on your cardiovascular health as well. A recent meta-analysis combined the data from 13 similar studies of a combined 198,000 people to find that those who indicated stress in the workplace were at a nearly 25% increased risk of suffering from Coronary Heart Disease (CHD).

Factors such as quantity of work, having sufficient time to complete tasks, decision-making freedoms, and overall demand of the job were considered and evaluated against study-specific median scores.  The statistical associations remained consistent, even when results were adjusted to compensate for age, sex and socioeconomic status.  The researchers indicated that lowering stress levels, particularly those related to work, could have a dramatic affect on preventing a person’s risk of CHD.  They also indicated that nutrition, exercise and hereditary factors also play an obvious role in the risk of CHD, and that all factors need to be considered together to gain a better perspective on one’s predisposition to CHD.

If you have ever said something along the lines of “this job will be the death of me,” you may not be too far from the truth.  When your stress levels start to rise, it is important to take a moment to collect yourself and approach the situation with a calm, collected mindset.  This will help to keep those stress levels to a minimum.  There are plenty of other methods you can take to reduce stress levels, including meditation, time management techniques and more, so check them out!  They just might save your life! 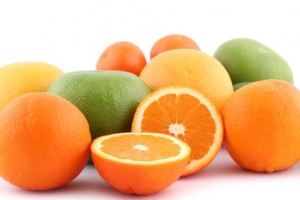 Everyone knows that a good diet is important to keeping good heart health.  But did you know it can have an impact on your risk of stroke as well?  A recent study found that increasing your dietary intake of soy products, fruits and vegetables has the potential to seriously reduce your risk of both ischemic and hemorrhagic stroke.

Though the group that conducted the study did indicate that more data was needed to definitively link certain dietary practices to their impact on stroke risk, initial findings did indicate that those who consumed 3 – 5 servings of fruits and vegetables per day demonstrated a statistically lower instance of stroke than those that did not.  The group noted that they estimate 80% of all strokes are completely preventable simply by addressing certain lifestyle factors, such as poor diet.  In the study, consumption of fruits, vegetables and soy products demonstrated protective effects against stroke, though variable findings were also observed in the consumption of fish and whole grains.

The group plans to expand their research base to produce more definitive findings, but their initial results are extremely promising to helping to reduce the risk of stroke.  So if you have a history of stroke in your family, it might be time to help yourself to some more fruits and veggies.  You may just be saving your own life in the process! 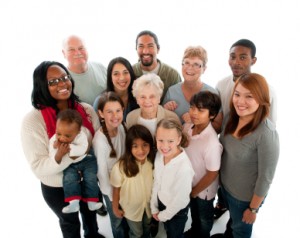 At what age would you say is a good time to start being more proactive about your heart health?  According to a recent study out of Geneva, Switzerland, the average person feels that 32.2 years of age is the point to start taking action.  Unfortunately, they would all be wrong.

While it is important to be heart healthy at that age, the fact of the matter is that by the time a person is 32, their heart will have beaten roughly 1.3 billion times – about half of its life expectancy. While it is true that risk of cardiovascular disease does increase as you age, people of all ages are at risk of cardiovascular disease, from age 1 – 100 and beyond.

It is extremely important to start being heart-conscious from an early age, and that really starts with the parents.  Setting a good example for healthy diet and avoiding a sedentary lifestyle are vital to keeping children on the path to a healthy heart well into their golden years.

It is based on this principle of starting early with heart health that Dr. Boone founded the EveryHeart Foundation in order to ensure that the hearts of our young athletes beating long and strong into the future.  To learn more, visit everyheart.org.